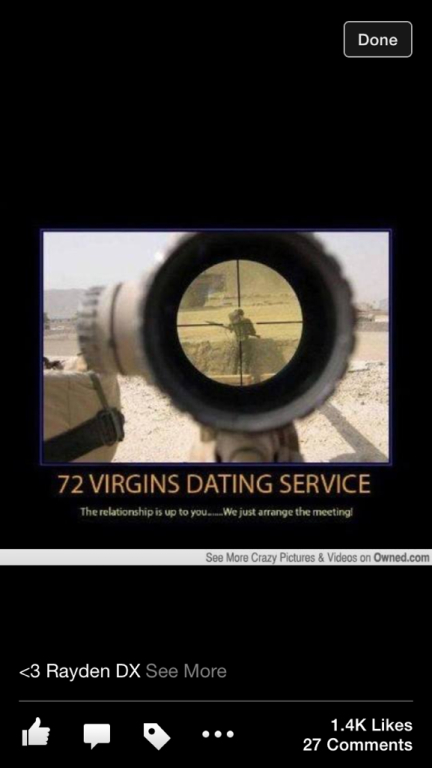 Our condolences to the victims of the Kenya / Nairobi mall attack by Somalia’s al Shabaab.  At this time, at least 62 people have been killed there.

In another incident this weekend, about 78 people were killed in a church bombing in Pakistan. Our condolences there also.

The dangers of ‘Faith‘ have been underscored for centuries but now we have the technology to do damage on a massive scale.  The ability to kill dozens, hundreds or even thousands in an instant makes blind faith an even bigger threat these days.

Do not depend on ‘faith’, but look for evidence & scientific facts instead.  Use logic, reason & science to form your world view.  You can read your ‘sacred books’ for historical perspective & literature but do not trust them as a source of ‘truth’ or ‘morality’ any more than you would a story about how Zeus and his siblings defeated Kronos.

No one ‘god’ or religion is any more likely to be the the ‘real one’ than the next.  A book written and edited over about 2,000 years is not likely to be a good historical record or accurate representation of the Cosmos, or it’s origins.

“Pi” is not 3.00, the world is far more than 10,000 years old {it is actually about 4.5 BILLION years old}, slavery is a bad thing, disease is not caused by demons or spirits, and stoning a woman for being sexually assaulted is not justice – but these are just some of the ‘morals’ and provably wrong ‘teachings’ found in most ‘holy books’.

Science does not rely on ‘faith‘, it operates through testable and falsifiable evidence and experiments instead.  There is a big difference there.  Learn it and make sure you understand it.

📂This entry was posted in News & Events Pictures